Remembering 14 Women Lost, and Calling for a Comprehensive Response to GBV

Remembering 14 Women Lost, and Calling for a Comprehensive Response to GBV 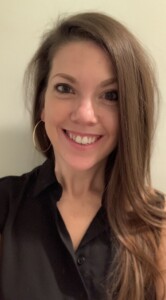 Today, WI-HER remembers the 14 women at an engineering school affiliated with the Universite de Montreal who lost their lives to a mass shooter targeting women in STEM.

December 6 is the National Day of Remembrance and Action on Violence Against Women in Canada. The day is also the anniversary of the Montreal Massacre—a mass shooting at an engineering school affiliated with the Université de Montréal, which resulted in the deaths of 13 female engineering students destined for Science, Technology, Engineering, and Mathematics (STEM) occupations and one female staff member. Another 10 women and four men were also injured. At the time, the incident was the deadliest mass shooting in Canadian history and has since been characterized as an anti-feminist attack, since the shooter deliberately targeted female students.

On a larger scale, the day is representative of wider societal violence against women; every year, according to a report by the United Nations Office on Drugs and Crime (UNODC), 50,000 women worldwide, or 1.3 per every 100,000 women, are killed by intimate partners or family members. In 2017 alone, this number translated to 58 percent of all female homicide victims globally.

While the Montreal shooting victims were killed by a stranger, global data shows that these deaths are far too common at the hands of someone known and, in some cases, someone trusted or even loved. As such, targeted responses are needed, and access to a comprehensive and coordinated range of services by the police and justice system, and health and social services is essential. Furthermore, these services must be gender-sensitive and women-centered, rather than built on the notion that women are simply objects of protection and sources of evidence; confidence and trust in criminal justice institutions is critical if women are to report violence, and perpetrators are to be brought to justice.

This is more important than ever, as the global COVID-19 pandemic has exacerbated risk factors for gender-based violence (GBV), including unemployment and economic insecurity, school closures, and food shortages, among others. Furthermore, social isolation and lockdowns have limited the mobility and, ultimately, the ability of women and girls to seek critical support services.

Globally, and within national governments, subnational settings, and communities, WI-HER supports a robust and thorough response to GBV—one that involves national and local decision-makers, communities, and health facilities, as well as justice and social protection services. Furthermore, the response needs to be adaptable in the context of COVID-19.

Today, on the National Day of Remembrance and Action on Violence Against Women in Canada, WI-HER remembers the promising young lives that were cut short and, importantly, calls for a strengthened and consistent response to GBV, especially in a bid to prevent the unnecessary, and often far too close to home, deaths of women across the globe.